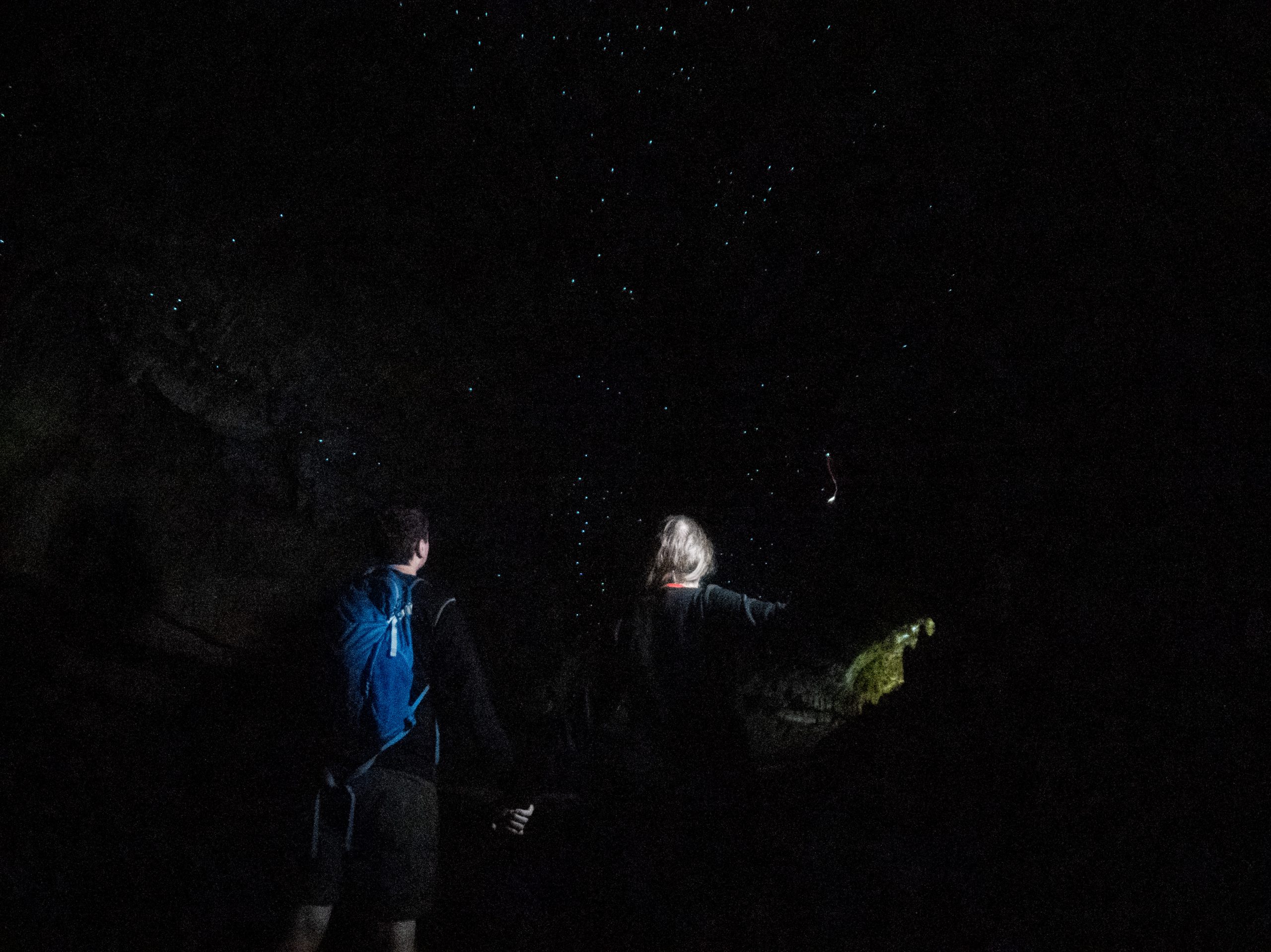 Seeing glow worms while in New Zealand is a must do activity. To describe the experience as anything less than magical would be an understatement. What’s the best way to see them though? You could book a tour, but then you’re stuck with a horde of other people. We’re here to offer you a better, FREE option: the Waipu Caves.

What Are Glow Worm Caves

Glow worms are the larvae of a carnivorous fungus gnat. Dangling sticky threads from their bodies, they glow to attract and snare small, flying insects.

They prefer damp places, with humid, still air to construct their snares. That’s why caves are the prefect habitat. Although you can sometimes see glow worms along banks near a river or other outcroppings, caves are the best place to find them in mass.

Across New Zealand most of the glow worm caves have been monetized, requiring you to pay for a tour to see them. We were planning to take one of them, until we learned about Waipu Caves. Located only a couple hours north of Auckland, it’s the perfect way to see these creatures in their natural habitat, on your own time frame and totally free (besides the cost of gas to get there).

Getting to Waipu Caves

The Waipu Caves are located in the Northland region of New Zealand. Tucked away in the forest, the only way to get there is with your own two wheels.

From Auckland you’ll want to head north on State Highway 1. Take the exit for Shoemaker Road (signs for Taipuha) and turn left. Continue for approximately 5.8 km (3.6 miles) before turning left again onto Mountfield Road. You’ll follow this for a little ways, before curving onto Waipu Caves Road. Once on Waipu Caves Road, drive until you see the entrance sign for the Waipu Caves parking lot on the right.

From Whangarei you’ll want to head south on State Highway 1. In roughly 13.3 km (8.26 miles) turn right onto the exit for Springfield Road. After about 11 km (6.83 miles), you’ll turn left onto Waipu Caves Road. From there, follow the road until you see the entrance sign for Waipu Caves parking lot on the right.

You don’t need much for visiting the caves. Here’s three things we’d highly recommend though.

You’ll be crossing streams inside the cave, so having good water shoes is important. For the best views, you may even want to wade into the water. We found the water temperature a bit chilly, but tolerable.

Besides your shoes being water-capable, they’ll also ideally have good traction. I tried wearing flip flops and found they were inadequate. My feet were slipping all over the place, so in the end I ditched the sandals and just went barefoot.

Having a flashlight or head lamp is a wise idea. Although there will be glow worms, they don’t illuminate the caves that much, so it’s likely you’ll want a secondary light source to help you navigate.

We didn’t pack any actual flashlights or headlamps on our trip, and so used our cell phone’s flashlight mode instead. This worked okay, but there were also plenty of times I needed my hands while walking among the stalagmites, and it’d have been nice to have a light that I wasn’t fearful of dropping in the mud or water.

There are no restrictions for capturing photos at this site. You can try using your cell phone, but we found ours were inadequate, even when using night-specific modes. The best setup for us was our mirror-less camera and a tripod. It allowed us to take longer exposures, which was necessary to capture the faint lighting let off by all the glow worms.

ProTip: Don’t use a flash. It makes capturing the glow worms extremely difficult.

When you first enter the caves, head right. The path should lead you to the banks of a small stream. Cross it. You’ll know you’re in the correct place because there will be a large stalagmite on the other side that looks somewhat like an anthill.

Once you get to the other side of the stream, sit down, turn off your flashlight and wait 5-10 minutes while your eyes adjust to the darkness. This is important as it needs to be dark to see the glow worms.

Heading Into the Glow Worm Cave

After your eyes have adjusted, it’s time to make your way to the glow worm cave. Continue deeper into the cavern, following the stream itself. You’ll have to clamber down some stalagmites, so be prepared.

ProTip: If you still have trouble navigating in the darkness (like I did), then it’s best to use your flashlight so you don’t trip or fall. What you can do though is minimize the amount of light that’s getting let off. Since I only had my cell phone, I used the main screen, dimmed as low as it’d go (instead of the flashlight mode) to reduce my light impact.

About 50 meters in, you’ll enter a large cavern. This is the glow worm cave. Pick a spot to view from, turn off any lights you still have on, and then wait. As the darkness seeps around you, you’ll soon find the ceiling start to twinkle with blue dots. First a dozen, then two dozen, until eventually hundreds are scattered across the ceiling. It’s like a small galaxy awakening in the night!

Once you’ve had your fill, then it’s time to head out. However, if you’re an experienced caver, you could opt to go deeper inside.

While there are some glow worms further in, the majority of them are found in the cavern we directed you to, so you won’t be missing out if you decide to turn around. The main reason you’d continue on is for the fun of it.

We can’t say what it’s like deeper inside the cave system. After climbing some muddy stalagmites with flip flops and our cellphone’s flashlights, we quickly realized we weren’t outfitted properly and so turned around. We did, however, see a group of people who made it all the way through. They were muddy, wet and had big smiles on, so it seemed like a fun experience. Just make sure you come prepared and know your limits when it comes to caving. This is a remote area and you cannot expect assistance to be close by.

Save this DIY adventure for later! 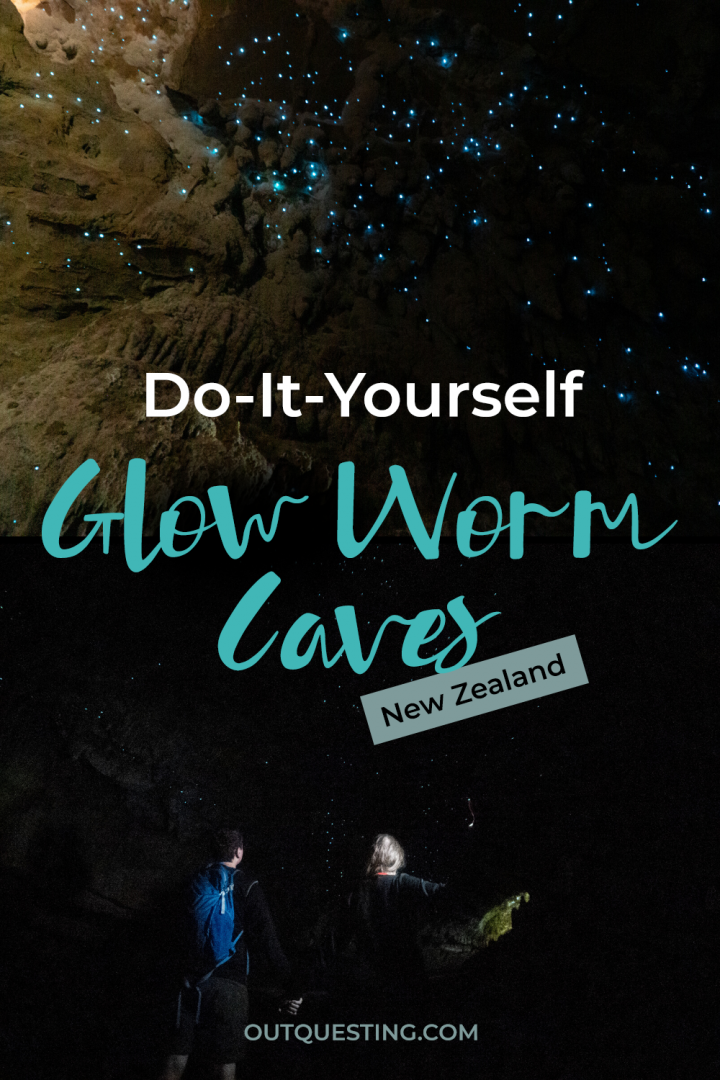 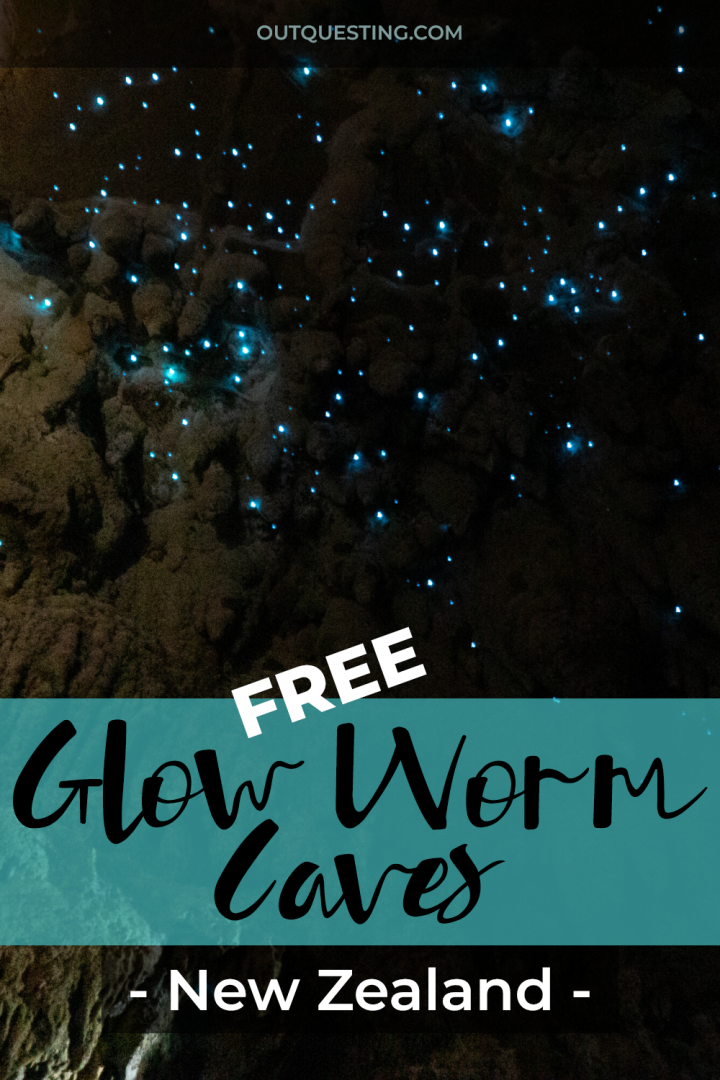 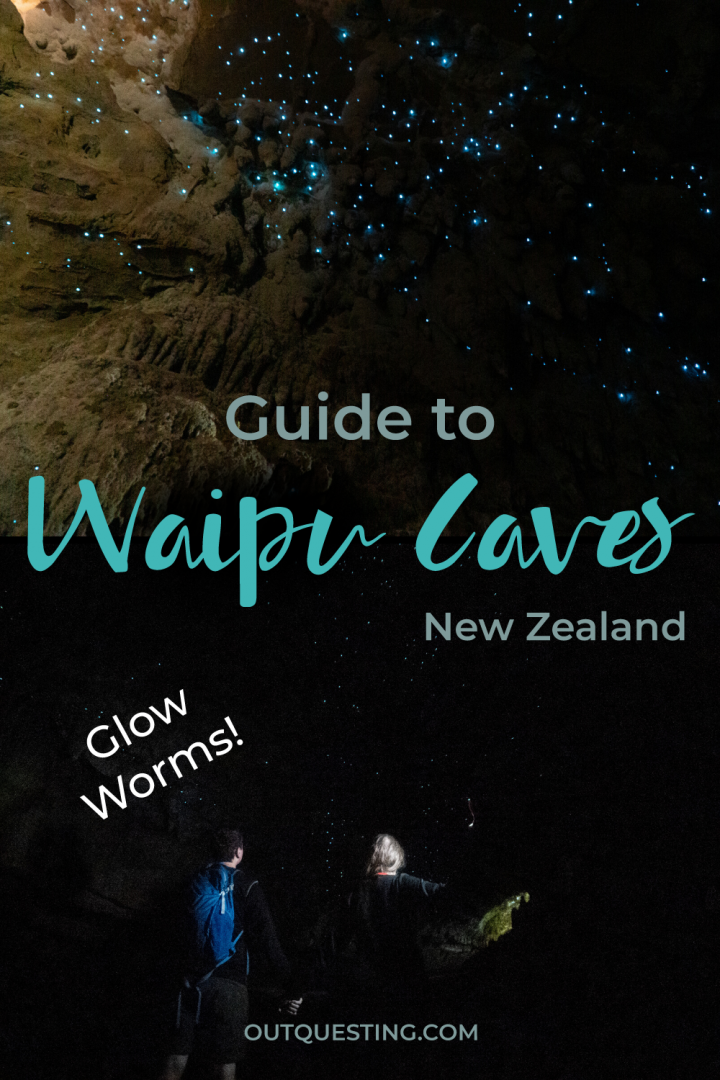 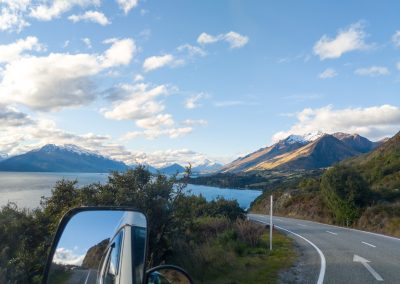 The Ins and Outs of Freedom Camping in New Zealand 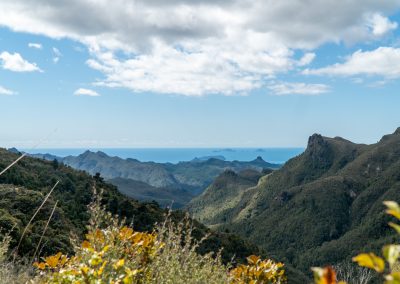 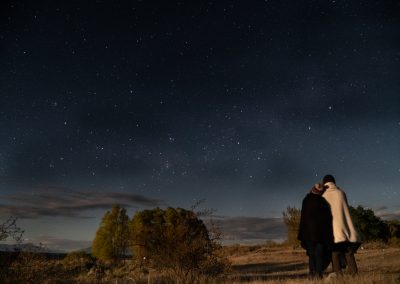